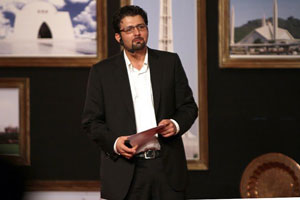 It was followed by an Op-ed by Dr. Awab Alvi published in his weekly column at Express Tribune on 11th of June. Videos and Pictures of the event can be seen at the TEDxKarachi website
END_OF_DOCUMENT_TOKEN_TO_BE_REPLACED